The chasm between men’s style and women’s style has diminished at a great rate in recent years with the popular rise of skin and haircare within the male industry. More and more men are exploring new ways to take care of their bodies, in what shall be dubbed as the most aesthetically observant generation of men.

A decade ago, mental health was a huge taboo topic for most men. It didn’t help that a plethora of companies erroneously advertised men as strong, emotionless human beings. What really changed was a societal push to bring mental health to the limelight and truly tackle the issue face on. When iconic figures such as heavyweight champion Tyson Fury openly spoke up about depression and mental health being his toughest opponent, it opened the eyes of many men. Men who previously struggled with the thought of letting go of their pride and having those tough conversations.

Society will continue to move in the right direction, but what will some of these more subtle changes look like? 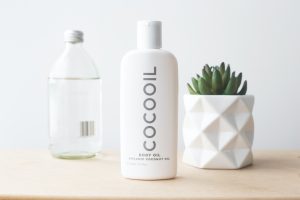 Some Less Than ‘Palette-able’ Changes

Let’s speak about the growth of skincare for men. The male grooming market has boomed in recent times. Product of the Year have reported that over half of men in the UK have bought/would buy skincare products. A whopping 13% have bought/would buy male makeup products. More men caring for their appearance gives greater lenience for more experimental products.

Many of you will have seen those Instagram videos of barbers using makeup to create thicker and fuller beards. A simple “beard blender” which would be a carbon copy of mascara could potentially be one of the first unconventional items to truly surge in the male grooming market. Subtlety is the key ingredient when introducing new and different ideas of what epitomises male aesthetic.

What problem do many men suffer that are equal to their counterparts? 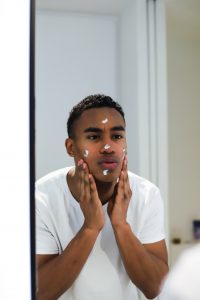 Most males would seize the opportunity to hide their niggling insecurities. Products such as concealer would achieve this while leaving a natural untouched appearance.

Now for the more controversial point.

Once concealer becomes normalised, the industry will be tempted to create a male demand for more feminine items such as mascara and eyebrow fillers. Companies will look to solve internalised issues many men face. In the process, as has happened with many women, a lot of men will be inclined to perfect their appearance more.

Let me know in the comments your thoughts on men using makeup in the near future.