1 in 4 people experience mental health problems in their life. It is more common than you think. I can almost guarantee you that someone in your life is suffering from mental health issues. I can list off a few people close to me with declining mental health. And that doesn’t account for the ones that suffer in silence.

1 in 5 people have had suicidal thoughts within their lifetime. Read that again. 1 in 5 people that you may know have at some stage in their life believed death was an easier option than living. A simple way out from the chaos of their life. Do you know anyone like this?

The Alpha, The Omega and Everything in between 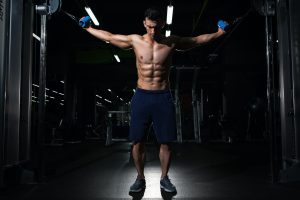 There are two types of men. Alpha males and Beta males. Alpha males are your charismatic, strong, unyielding men. They are unfazed by criticism and are at the top of the chain in all aspects of life. Beta males are the distinct opposite. They are seen as weak, insecure men. They constantly question every decision they make and lack basic leadership skills.

This whole idea of alpha vs beta males comes from observations of the animal kingdom. Think lions. Think gorillas. The alpha always rises to the top. He commands the respect of his fellow males. The problem thereby lies when people connect this Alpha-Beta model to humans. Our politics are not akin to that of a gorilla. We have to abolish this notion that masculinity is objectively based on dominance and power.

Alpha and Beta males fall into the wider umbrella of toxic masculinity. Societal norms that give men an unhealthy perspective on what it means to be a man. Your favourite Netflix shows glorify the mysterious, narcissistic man. This idea that women lust after power-hungry, steroid-induced men is simply not true. Yet many men are led into thinking the opposite. A woman is always more likely to value empathetic, passionate men compared to the glorified Alpha male.

What’s the harm in this?

The issue is men will bottle up their feelings and emotions in order to maintain this façade of strength. Showing any signs of emotional fragility, in their eyes, will be seen as a weakness. Speaking to their fellow men does not always help either. It is often the case of blind leading the blind. A lot of men struggle to provide the compassion and empathy their friend may be in dire need of. Poor quality of communication on both sides makes it even more difficult for men to seek professional help.

Tyson Fury is one of the best examples of how fragile masculinity can lead a person astray. Tyson Fury became heavyweight champion of the world back in 2015. Arguably one of the most alpha athletes on the planet. Dominating the best man in the sport at the time. And while boxing may be a sport, it isn’t something you play. You play golf, you play tennis, but you don’t play boxing. It’s a war. A blood battle between two men pouring their guts out for your entertainment.

It is well documented that Fury was mentally unwell before his heavyweight title fight with Wladimir Klitschko. Klitschko dominated the heavyweight ring for a decade. Only a fool would give the fat, gypsy kid from Manchester a chance against the then heavyweight champion of the world. Talk about pressure. At the surface, Fury was unfazed. Playing constant mind games with Klitschko in the lead up to the fight. Fury eventually won the fight and was crowned world heavyweight champion holding the WBO, WBA, IBO and IBF titles.

In the immediate aftermath of his victory, the International Boxing Federation stripped Fury of the IBF belt for refusing to accept their proposed mandatory fight. His mental downfall was to snowball from that moment.

We all know what happened next. Fury retired his belts and spiralled into a dark hole of drugs and booze. It took a suicide attempt to bring him back from the depths of solitude he had fallen into. With the right people around him and the correct professional help, Fury was able to climb back to the pinnacle of his beloved sport with a healthier and happier mental state.

It goes to show, no matter how masculine a person may seem on the outside, they can be completely different on the inside. It’s about recognising the issue and taking the initial steps in seeking help and guidance. 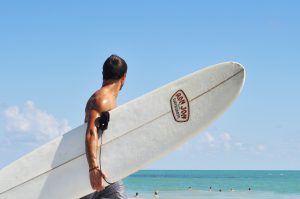 Similar to how you would train a muscle, it is important to train and stimulate your mind. Create and maintain good habits that you can easily do on daily basis. Stretching and meditating in the morning rather than immediately checking your phone can be one positive thing you can try out. Perhaps you overindulge yourself with social media. Constantly scrolling past toxic posts that make you even more insecure than the night before. Have a weekend detox from social media. Make it a whole week if you can. Take that time to engage with those around you rather than those on your screen.

Here are a few other things you can try:

– Open up to a mate/check up on your friends

Let me know if you enjoyed this post. My DM’s are always open if anyone needs a chat!